Home > WorldSkills National Finalists Announced – Three Trafford Students to Compete Against ‘The Best of the Best’.

WorldSkills National Finalists Announced – Three Trafford Students to Compete Against ‘The Best of the Best’. 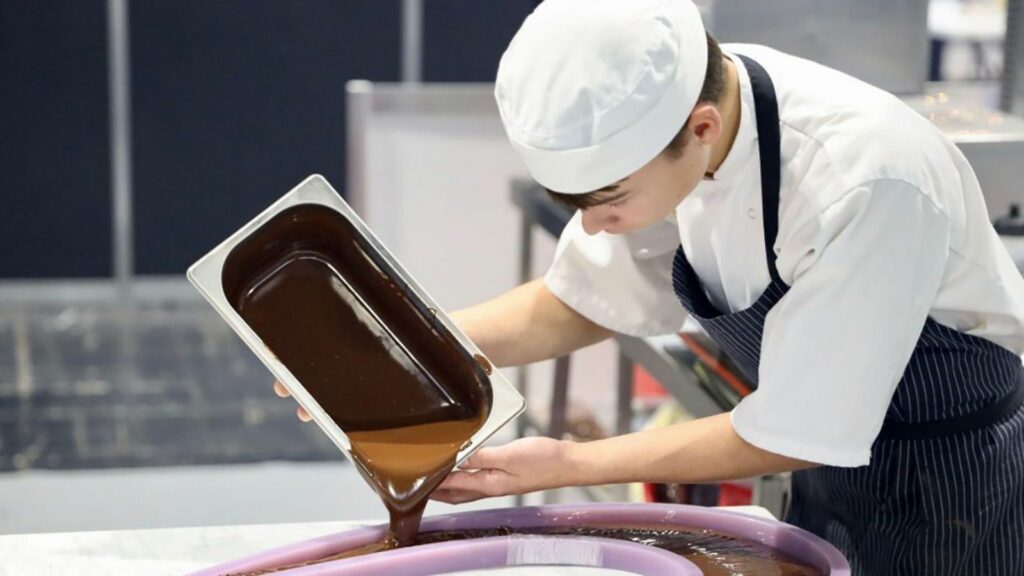 Talented students and apprentices from across the UK have been announced as finalists at a prestigious skills competition – and of those are three from Trafford College.

WorldSkills UK announced the names of the 400 students and apprentices who will be battling it out across 64 disciplines to be crowned national skills champions. The three students from Trafford are set to compete in the national finals from 9-19 November, after being selected as the top performers in their chosen skills from National Qualifiers held across the UK.

Following in the footsteps of Silver Medal Winner Ben Metcalfe, an impressive duo from Trafford will compete individually in the Confectionery & Patisserie final, representing the Faculty of Catering and Hospitality. Lucy Potts and Sireesha Kurra take up two of the eight finalist places on offer in that category, the only two to represent the same institution within their field.

Rounding up our finalists, computing Apprentice Toby Hallam will compete against other industry trained professionals in the IT Support Technician final.

Following 2020 and a year without competitions, over 3,000 people registered to take part in the UK-wide competitions back in March. The finalists will compete for gold, silver and bronze, with the winners crowned at a ceremony hosted by TV presenter Steph McGovern from her Packed Lunch studio on Friday 26 November.

This year sees the finals taking place in locations across the UK for the first time. From the Industrial Robotics final in Ballymena, to Heavy Vehicle Engineering in Cardiff, Culinary Arts in Glasgow and Web Design in Somerset, the 25 venues cover all four corners of the UK.

Full details of the finals and the names of all the WorldSkills UK 2021 finalists can be found here.

In September 2020, Trafford College became one of the first in the UK to become part of the WorldSkills UK Centre of Excellence.

The Centre of Excellence, which is organised in partnership with education and skills charity NCFE, has been established to mainstream world-class standards in skills development in the UK.