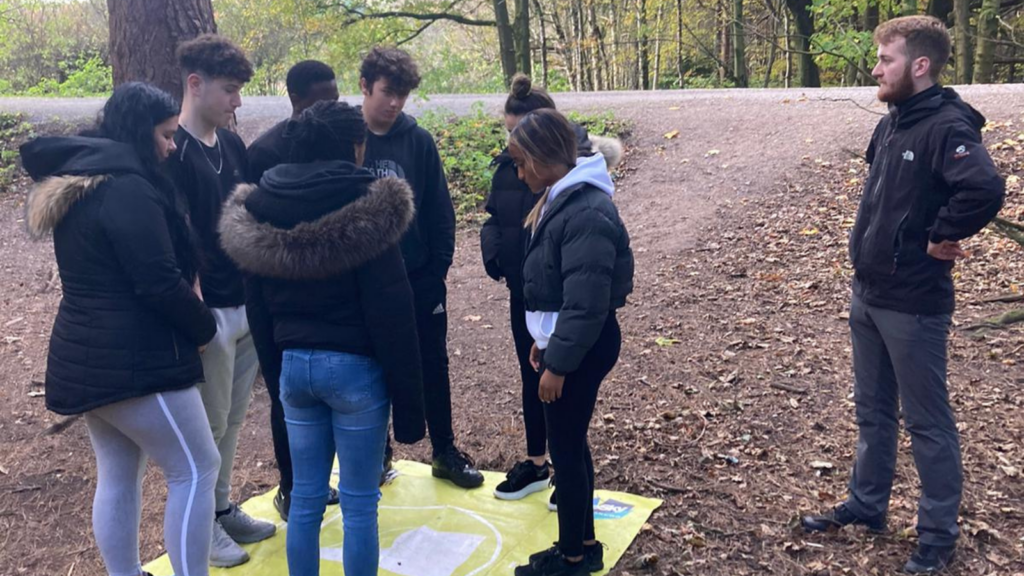 Students from our Business Studies, Uniformed Services and Tourism and Aviation courses completed Salford Foundations Autumn NCS (National Citizen Service) program. They completed a 10-day program which was broken down into three phases, Be Epic, Live Life and Do Good.

The Be Epic phase consisted of 3 days of activities that challenged the students to step out of their comfort zones and develop their teamwork skills. They rose to the challenge by tackling high ropes at Go Ape, taking on different water sports activities at Crosby Coastal Park and completing a full day of outdoor, team activities at The Romans in Liverpool.

In the second phase, Live Life, students took part in workshops and activities geared to help them understand the communities. Workshops included drama from The Lowry, UK parliament, Youth Leads and two inspirational speakers. One guest speaker from SUMO discussed how to overcome challenges and barriers in life. Saeed Atcha, from Social Action Enterprise and youngest person to receive an MBE, discussed how to successfully complete a Social Action.

The final Phase Do Good consisted of the last four days where the students presented, raised awareness, fundraised, created a social media campaign, and delivered their own Social Action for a charity of their choice.

Grainne Flynn, the Lowry Drama facilitator commented, “all the participants identified or demonstrated leadership skills and were really involved in the session, they all learnt different ways of presenting a speech and wrote/presented their own motivational speech.”

All three groups were successful in completing the program and learned valuable skills throughout.

Fortune Feeders: The group wanted to tackle child poverty, so they contacted local schools offering food parcels. They notably worked with St Hughes Primary. They set up a food donations box within the college and sourced most of the products from local shops with Co-op donating many of the products. The group successfully completed the 32 boxes. Rachel the NCS team leader stated, “she was really proud of the team; they have some great leaders in the making in the group.”

Anti-Spikers Mcr: They raised money for StopTopps, a leading anti-spiking charity, through a bake sale raising over £100. They also made 50 Anti-spiking goodie bags which were handed out on campus and given to Salford University student union.

Pushout Poverty: They raised money for Fare Share who aim to relieve food poverty and reduce food waste in the UK. The group ran a cake store and organized a dodgeball tournament in which they raised over £150. Participating student Christiano really enjoyed organizing the dodgeball tournament stating, “I learnt new skills organizing and acting as a referee. It definitely helped my leadership abilities.”